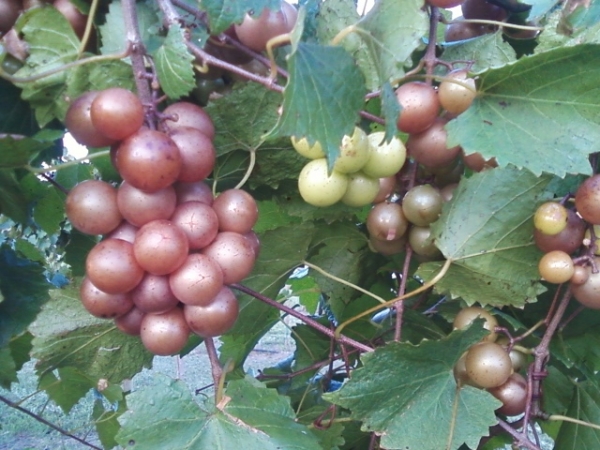 Scuppernong is the original variety of bronze muscadine discovered growing in the wild. Today even though improved bronze varieties such as Carlos and Magnolia have been developed for commercial plantings, most southerners still refer to any bronze muscadines as Scuppernongs. Purple or black varieties are commonly called muscadines. The scuppernong grape is a sport of the species Vitis rotundifolia, commonly called muscadine, which is native to the southern states and grows nowhere else save as an exotic.

Back to the Vineyard